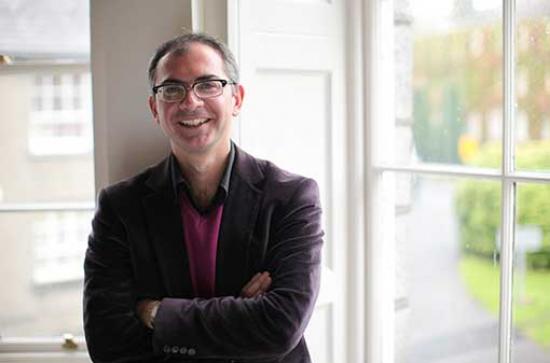 What is your current role, professionally? How did you get there? What kinds of research questions drive you?

I work at Maynooth University, which is part of the National University of Ireland, just outside Dublin. Since  2013 I’ve been the head of the School of Law and Criminology. I’ve always been interested in labour law and policy and I suppose the policy  is important to me because my PhD is actually, all of my other qualifications are legal, and I’m a professor of law, my PhD is in sociology. My thesis was a study of trade union membership from a sociological, industrial relations perspective. And so I’ve always been very much drawn to things which are not purely legal. A lot of my work focuses on what we call in Ireland collective labour law. And I’ve always been interested in collective labour law, both from the perspective of rights, duties and the legal position of trade unions. And so I’ve done a number of cross-border studies over the years, very much focused on the EU. I also participate in a few networks which look at employee participation, across Europe, in the enterprise. I’m interested in the dynamics of participation.

“VIRAL is a highly impressive team… And in terms of the actual project, I just thought it was a fascinating idea.”

Tell me first about your specific role within the project

My colleague at Maynooth, David Mangan, who is originally Canadian and spent a lot of his career in the UK, recruited me to the project to have someone with deeper knowledge of the national picture. So David and I are jointly doing the reports on Ireland, but also in conjunction with the Spanish team are coordinating Work Package 4, which in many ways is the heart of the project: to write a comparative report and draw comparative themes on what actually happened during the lockdown period in each of the countries in this sector, and try and draw together the different strands from the public policy point of view to draw some common themes and best practices.

What attracted you to this project?

There’s a really pragmatic reason and a more principled reason. So the really pragmatic reason is as Head of School, over the last few years, I have a policy of basically saying yes to do anything I find interesting, the rationale being that, working on your own research projects or your own writing tends to be the first thing to fall away in the day-to-day flood of admin and HR issues and all this kind of stuff. I find if I’m part of a team and I have obligations to other people I will tend to keep those. I’ve found that has been really good for me as a discipline mechanism to actually do the work. That’s a very pragmatic reason, but it’s linked with the principle, which is, I don’t say yes to everything. It usually comes down to two things, it comes down to the people involved and the actual substantive project. VIRAL is a highly impressive team and I knew some of the people already, but I didn’t know others, and when you look at the track records of the people involved, it was clear that this team had recently completed another project, quite successfully. So that was an attraction. And in terms of the actual project, I just thought it was a fascinating idea and it’s not a sector I would have known a lot about. From an Irish perspective this is particularly interesting because you can’t look at anything in this space without considering Ryanair, which of course is based in Ireland. I think there’s a lot the Irish team could contribute.

“So I think that that’s one of the things we are looking for is to see some good examples of governments giving support, to a private company, and getting something back, in a qualitative sense: we have to have some sense of qualitative change if we’re going to move forward and tackle the next crisis”

Good question. I suppose in terms of confirmation, I think largely speaking,  there is an element to path dependency: how Covid played out in each country, largely tended to follow that country’s categorised pattern of responses to industrial relations challenges. And at the same time I found that surprising because you would expect an unprecedented, and hopefully once in a generation, event like this to really be disruptive. But, spoiler alert, one of the things I think coming out of Work Package 4, particularly under IR, is that we’re kind of really disappointed that things have swung back to normal so quickly. So there’s a recovery in transport and all of a sudden we see more strikes, it’s really just things that we always see with an economic cycle, and I would have thought that COVID would have resulted in maybe a more profound disruption than we’re currently seeing. So our main recommendation might be: don’t go back to business as usual because that’s where the trouble lies.
One of the things that I think we’re interested in on the project is the government support and bailout. So, we the taxpayers bailout these private companies essentially all the time, shouldn’t we get something in return for that, in terms of a different approach to managing crises and a different approach to contributing to social objectives, environmental objectives? So I think that that’s one of the things we are looking for  is to see some good examples of governments giving support, to a private company, and getting something back, in a qualitative sense: we have to have some sense of qualitative change if we’re going to move forward and tackle the next crisis.